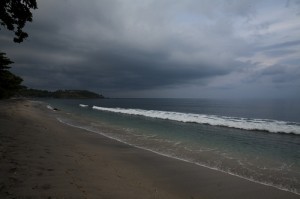 The climate of Indonesia is almost entirely tropical. When you land anywhere in the country, first you’ll fee the gush of warm air. Then the humidity will most likely get you. There are two seasons here: rainy and dry, both quite relative.

In most of the country (Bali and Java included), the dry season runs between April and October; the rainy season run between November and March.

Plan to visit the country during the dry season, but keep in mind that during local holidays it’s hard to find accommodation and the roads can easily get clogged.

What clothes to pack?

When you pack for a vacation in Indonesia, bring light clothing made of natural fabric. Also don’t forget the rainwear. If traveling in Muslim areas, women must know the dress code required there.

Generally speaking, on the coast planes, the average temperature year round is 28C; it drops to 26C in the cities and in the mountains; while in the higher mountains it averages 23C.

It’s not the temperature that gets the best of the travelers, it’s the humidity. It typically averages between 70% and 90%. The monsoon causes the rain fall during the rainy season (November to March).