Things to See in Central Kalimantan 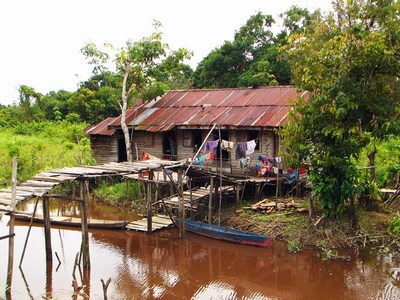 Kalimantan is an island of adventure and intrigue. Central Kalimantan with an area covering 153,800 square kilometres, mostly jungle but, offers so much for the traveller you see and do. The northern area is mountainous and difficult to reach. The central area is dense tropical forest. The southern area is swampy and has many rivers. The climate is hot and humid.

In particular the tribes living in these areas are an anthropologists delight as well as being of intense interest to the traveller. The tree Dayak sub-tribes inhabit the province and are the Ngaju, Ot Danum, and Ma’anyan Ot Siang. The Ngaju are nomadic. They adhere to the old Kaharingan religion. This is a form of ancestor worship mixed with elements of animism.

With approximately 6,000 people, the Ot Danum is the largest among the tree sub-tribes. The Ot Danum live in longhouses which sometimes have as many as 50 rooms. The women are known for their skill in plaiting rattan, palm leaves, and bamboo. Like other Dayaks, the men are good hunters, using simple tools. The art of Central Kalimantan clearly bears the marks of Kaharingan religion, which is the traditional belief of the Dayaks in the hinterland of Central Kalimantan. Building styles, statues and carvings have been influenced by the Chinese, and Hindu-Javanese. Aside from their aesthetic properties, many objects are appreciated for their magic value.

In the local Dayak language, Palangkaraya means ‘holy container’. Palangkaraya can easily be reached from Jakarta, Banjarmasin, Samarinda, Balikpapan and other points on the island by air. The town has become the centre of government, trade and education of the province. The Regional Museum of Palangkaraya contains a collection of historical and cultural interest from all over Central Kalimantan.

It is located at Kapuas River, 40 km from Banjarmasin. A well-known tourist attraction is Telo Island, a pleasant fishing village and port. For the adventurer, white-water rafter and nature lovers, there is Gohong Rawai, known for its beautiful and challenging rapids. The gold mines of Teweh and Batu Api, Rungan district, are also interesting sites to be visited. In this region, gold mining is a major source of livelihood for the people, who pan for the valuable metal using the old traditional method.

The Tanjung Puting National Park is a well-known nature and wildlife reserve in lowland and swamp forests, inhabited by orang utans, owa-owa, bekantan and other primates. One can visit the Orang Utan Rehabilitation Centre which is supported by the World Wildlife Fund (WWF).

Sampit is the biggest timber port in Kalimantan. The Orchid Park of Pembuangan Hulu is home to a number of rare and beatiful orchid varieties. Hunters can engage in their favourite pastime of hunting park of West Kotawaringin.

Make sure to visit the old Palace of Pangkalanbun, constructed completely out of ulin (iron wood). It is the only Banjar royal legacy found in Central Kalimantan.