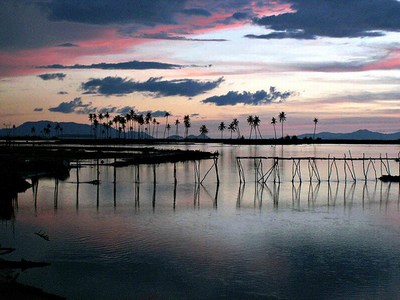 The site if Indonesia’s first Islamic kingdom, Aceh or as it is known now, Nanggroe Aceh Darussalam, is a fascinating city to visit and the surrounding areas possess just as many attractions. Its unique cultures will fascinate you and its people warm and welcoming. A lot of people have said that it is too dangerous to travel there. On the contrary, crime is virtually non-existent thanks partly or wholly to the introduction of Sharia law and, as long as you are respectful then you have nothing to worry about. Tourism in Aceh suffered during the massive earthquake and Tsunami in December of 2004 and a lot of historical sites and beaches were damaged. However, Aceh is rich in natural beauty and also has substantial natural resources with its main income coming from petroleum, natural gas, fertilizer, estate produce and agriculture.

There is just so much to see and do in Aceh that a few weeks wouldn’t do your visit there justice. Besides exploring the panoramic beauty of the surrounding mountains and jungles a visit to the Gunung Leuser National park and Weh Island are a must. Here are a few more places.

Baiturrahman Mosque: Without a doubt, this masterpiece of Islamic architecture is the main attraction of Banda Aceh. Located in the heart of the city, he Mosque was built around the 12th Century and features five onion-shaped domes, two towering minarettes, expansive white walls, and pillars with stunning ornamental designs.

Museum Negiri Banda Aceh: The museum is filled with antiquities. The main building of the Museum is a house built in a traditional style (Rumah Aceh) by the Dutch Governor Van Swart in 1914. The museum is filled with antiques and among the exhibits is a big bell ‘Cakra Donya’ which was a gift from the Emperor of China conveyed by Admiral Cheng Ho in 1414. This museum is so interesting as it houses a plethora of batik cloths, ceremonial clothing, Acehnese weaponry, calligraphy and gold jewellery.

The Graves of Sultan Iskandar Muda and of Teuku Syah Kuala: The grave of Teungku Syiah Kuala, lies at the mouth of Krueng Aceh river, outside the city. Teungku Syiah Kuala is the popular name given to Syeh Abdurrauf bin Ali AI-Jawi AI. Fansyuri Al-Singkili, a Moslem leader who dedicated himself to the advancement of the sciences and the education of the people.

Tjut Nyak Dien Museum: This replica house is of the heroine Cut Nyak Dhien who fought the Dutch during the Aceh wars. The original house was burnt down by the colonial forces. Located in Lam Pisang, about 6 kilometres from Banda Aceh, the replica house is now a museum.

Weh Island: This Island is often referred to by the name of its capital, Sabang, it lies in the western most island of the Indonesian archipelago and situated at the mouth of the Malacca Strait. It is easily reached by a one hour ferry ride from Ulee-Lheue harbor in Banda Aceh. Diving is the big attraction on Pulau Weh. There are a number of dive masters and dive instructors ready to show you a variety of dive sites like the fabled Sea Garden in Pulau Rubiah.

Alas River: The165 km southeast from Takengon, cuts through the Gunung Leuser National Park and flows into the Indian Ocean. It has exceptional rapids that attract whitewater rafting enthusiasts for all over the world.

Gunung Leuser: Hiking to the peak of Gunung Leuser (3,404 meters) take about 10-14 days. Trekking guides are available and it is best to hire one of these experts. You’ll need them! The small village of Angasan is a suitable starting point. Angasan is located several hours walk west of Blang Kejeren. Most hikers spend the night in Angasan and start their trek in the morning. Within the park lives some of the planet’s most endangered species.

Other places that are a must visit:

It’s only forty-five minutes from Medan and two and half hours from Jakarta, with Singapore and Kuala Lumpur via Medan even closer than Jakarta. Daily flights between Jakarta and Banda Aceh are maintained by Garuda Indonesia, Lion Air, and Adam Airlines, via Medan. Taxis and hire cars are available in Banda Aceh.

Aceh Cultural week is held on Aug 2008 in Banda Aceh and perform dances such as Tari Seudati (Seudati Dance). 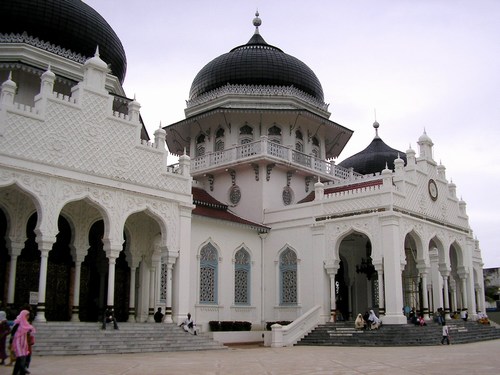