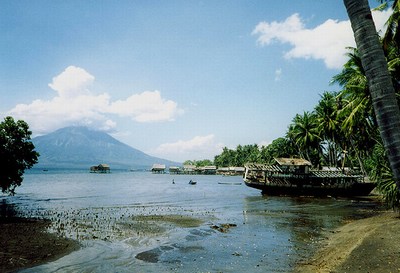 Lamalera is a whaling village located on Lembata Island and during the months of May through to late August is the whale hunting season for the people of Lamalera and these traditional whalers are known as Lamafa and use simple traditional tools, small row boats and hand-thrown harpoons to ply their trade during the whaling season. Whatever they catch nothing is wasted as it is either consumed or sold. Established hundreds of years past and as far back as before the intrusion of Catholic missionaries, the villagers hold traditional rituals to commemorate their ancestors and for blessings for their whale harvest.

An interesting fact is that the traditional whalers of Lamalera are forbidden from killing Blue Whales. There are several other species of whales found in the Sawu Sea but it is the Blue whale that is, some would say, sacred and untouchable.