Is it Safe to Travel in Indonesia? 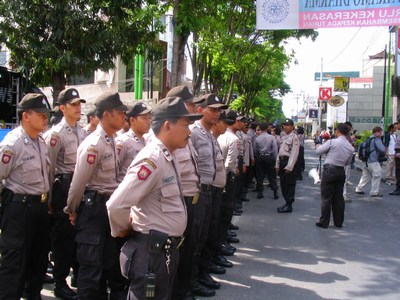 This past week I have received a constant stream of emails posing the one question regarding the safety issue in reference to travel in Indonesia and in particular, Bali, ever since the announcement of the upcoming executions of the Bali Bombers. It has not only been emails, also on the Baliblog Forum and in general, people intending on travelling to the archipelago. This is the latest email to give you an idea: You guys seem to be smart travelers. Just wondering if you had (like me) spent about 3000 dollars in travel things for a trip to Indonesia, including Bali, would the heightened terrorist warning stop you from going? Is it really that bad? Or is the Australian government being over the top cautious about the matter and the chances are about the same as getting hit by a bus?

The governments of all countries in the world release travel warnings as a guideline for travellers and, as some people say, to cover their backsides in case something does goes wrong. There is no doubt that there will be some manner of disruption after the execution of the Bali Bombers either in the form of demonstrations, unruly behaviour and the such-like. However, and this is my opinion only, the travel warnings issued are way over the top. Obviously the island of Bali is the centre of discussion regarding safety there. So, I will answer the email. Does the heightened terrorist warning stop you from going? Certainly not and I might add here that Indonesian security forces have been strengthened in all major cities in the archipelago and on the island of Bali, the forces have doubled.

Is it really that bad? I consider it not to be as bad as governmental authorities make out. My advice, and the advice I have been giving to everyone that has asked me this week so far, is to be aware of your surroundings, veer away from large crowds and use common sense in whatever you do or where you go.