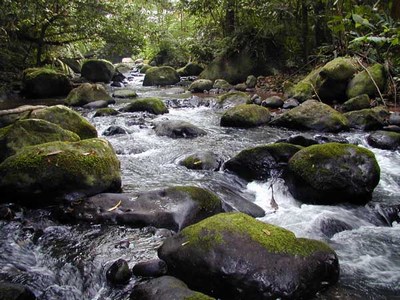 Gunung Halimun Salak National Park is the largest remaining primary lowland forest in Java and first established in 1992. It is home to 25 mammal species, of which two are endemic and endangered; the Javan gibbon and the grizzled langur. Covering an area of roughly 113,000 hectares within its boundaries, it also has also a wide range of plant and animal species. The park also supports more than 200 bird species, of which 18 are endemic, and over 500 plant species. Indigenous Kasepuhan and other Sundanese communities live in and around the park and depend heavily on its natural resources. The park protects an important watershed for Java. The great thing about this park and of course my favourite pastime is that you can trek here to observe the rare primates and birds. Or, if you like, just relax in the tranquil setting of massive water falls with a pristine jungle backdrop.

Gunung Halimun Salak National Park is relatively easy to get to. First you will have to fly to Jakarta and after continue on to the town of Bogor in West Java. From there you will have to drive to Kabandungan via Parungkuda. It will take you about an hour and a half. The best time to visit this magnificent park is from June to August. It makes the trekking and sightseeing a lot easier.