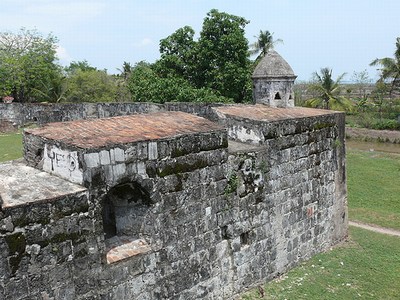 During the 16th and early 17 Centuries, the once important spice trade port of Banten was a powerful maritime capital rivalling the vast Javanese Mataram Empire. Now, it a tiny fishing village but nonetheless a place well worth visiting. Fortunately a lot of the ancient ruins of Banten and surrounding areas near Serang, the capital of West Java, have been excavated making your visit an interesting one. Old Banten is well known for its historical objects. Banten is an easy 80 kilometre drive from the Indonesian capital of Jakarta. Ten kilometres from the town of Serang you will find remains of the Islamic Banten Kingdom which was founded between 16 and 18 century. This is the coastal area where the Dutch formerly landed to trade. Because of its unique location in West Java, driving distances to a majority of attractions are easy going.

With such a reasonably large area the Banten Regency has something to satisfy the tastes of tourists or travellers to the region. Here are a few:

Keraton Surosowan: This palace was built during the reign of Sultan Maulana Hasanuddin and most of buildings are partly totally damaged. What remains is only the wall of the fortress circling the ruins of the monument.

Speelwijk Fortress: Located at kampung Pamarican, around at Banten Gulf, in the past it was used as the fortress of the Sultanate of Banten, before the Dutch occupied Banten.

The Tower of Bojong: Built in 1885 the Dutch, it is 75 meters high and is an eighteen-story house light in Anyer Kidul. This area is an historical place. It is very well known for its 1000 km Daendles Post Road from Anyer to Panarukan (East Java) in 1811.

Mesjid Agung Banten: This complex consists of a mosque monument having graveyards along its left and right sides with the monument of Tiyamah, a tower, and grave yard located in the north side.

Keraton Kaibo: This palace is located in the village of Kroya on the bank of the road of Old Banten, approximately 7 km from the town of Serang. The name Kaibon was derived from the word Kai-ibuan.

Tasikardi: Located at Margasana village, it is a part of anarchaeological complex of Old Banten. In the centre of the lake there are square formed “islands”. During the period of the Kingdom of Banten, Tasikardi used irrigation for the ricefields and as a water treatment system for the Surosowan Palace.