World Wayang Show a Highlight at the Bali Art Festival 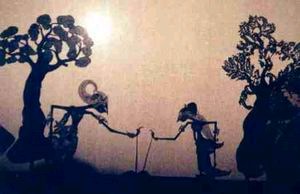 World “wayang” (puppet show) and ethnic music of the ASEAN region will highlight the 30th Bali Art Festival (PKB) from June 14 to July 12, 2008 in Denpasar. Positive response from overseas art workers has been given to the international wayang show which is to be the first of its kind in the Bali Art Festival. I Made Santha said at least five countries had confirmed their participation in the world wayang show to highlight the annual art festival in the Indonesian island resort of Bali for one month.

“The number of participants is expected to increase because the organizing committee will open wider opportunity until a few days before the event is held,” Santha noted, according to an article in the Antara News.

He said the participation of international artists in the Bali Art Festival would have a significant meaning for the Balinese traditional art and cultural development.

“The two international performances are expected to improve the image of Bali abroad and to make Visit Indonesia Year 2008 a success,” I Made Santha said.