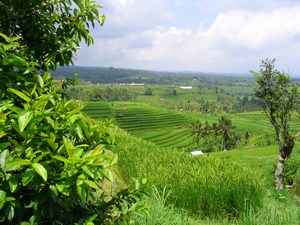 A team representing Bali World Heritage will attend a final meeting at UNESCO headquarters in Paris in the next few weeks regarding a proposal to give three sites on the island world heritage status. One of the sites is a magnificent landscape of terraced rice fields with a traditional irrigation system in Jatiluwih, Tabanan. The others are Pura Taman Ayun temple in Badung and Pakerisan River in Gianyar. A spokesman for Pura Taman Ayun, A.A. Prana, said regents of Tabanan, Badung and Gianyar would be part of the team. A final interview that will determine whether the three sites should be honoured as world heritage sites. The proposal to honour the three sites had been submitted to UNESCO in 2000. During their visit to the sites last year, the UNESCO ambassadors stressed the local administrations should have a comprehensive site management plan to achieve short, medium and long-term conservation objectives.

Prana said that conservation efforts for the three sites needed strong commitment from the government and the people. He added each site had its own uniqueness that had impressed the ambassadors. He made an example of the Jatiluwuh irrigation system, located around 27 kilometers north of Tabanan capital. The integrated irrigation system, also known as subak, is managed traditionally and stood out to the ambassadors, he said.

He said even though Jatiluwuh had more than 300 hectares of rice fields and was 700 meters above sea level, it had always been well irrigated. Besides preserving the traditional irrigation system, the locals also grew organic plants in the area. The Jatiluwuh agricultural site would be preserved by declaring it a green belt zone so it would not be converted into a residential or industrial area according to Wasti Atmodjo.

“According to the map we sent to UNESCO, any residential or industrial development will take place outside of the subak site,” he said. 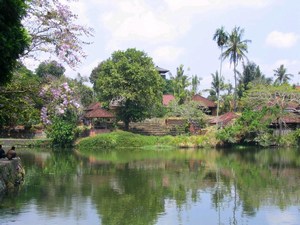 The second site is Taman Ayun Temple, which was constructed during the reign of Cokorda Sakti Blambangan, the founder of the powerful kingdom of Mengwi. Ayun means beautiful in Balinese. The grand temple, built in the 16th century, is surrounded by a wide waterway with various floating flowers. Besides religious rituals, the temple also functions as an irrigation hub. The third site is Pakerisan River in Gianyar. There are eight historical temples located along the river, including the famous Goa Gajah Temple and Pegulingan Temple. Inside the temples lie statues of Hindu gods alongside Buddhist places of worship, representing the acculturation between Hinduism and Buddhism.