The Sale of Shell Products Goes On and On and On 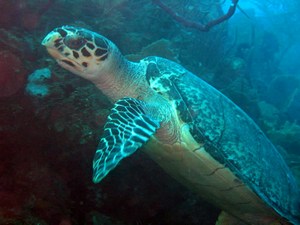 I have mentioned in a previous article how I find the increase in wildlife trafficking disgusting and deplorable. Running a close second to that is the sale of skins, shells and other parts of these dead animal’s bodies to tourists in various parts around the world. Go to any tourist destination in the world and you will find these products for sale, even in the archipelago of Indonesia. When tourists, or travellers, buy these products then they are ineffectively supporting the slaughter of these animals. In Bali, the return of numerous newly-hatched turtles into the ocean was inspiring, but, I thought to myself just how many of them will survive and escape the vicious trade in slaughtered animal parts. If you have ever done any diving then you would know just how precious turtles are. They are gracious and beautiful sea creatures. So, think twice before you buy that shell product from the stalls in the market.

Here is a related article for your perusal that I found extremely interesting: 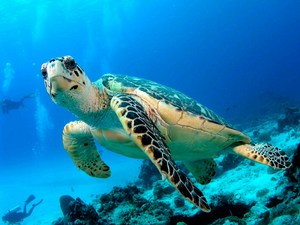 Despite a long-term worldwide ban on the sale of tortoiseshell products, Bali is still swimming in the stuff. A quick Internet search will turn up a rare product or two dating from around 1973; a run through of antique auctions (with products dating back 100 years or more) delivers tea caddies and jewellery, often also decorated with elephant tusk ivory. But for hawksbill shell for a tenth of the price, simply stroll down a street in Bali. Hawksbill turtles do not breed or migrate around Bali. The shell is imported from other islands across the archipelago according to Trisha Sertori and J.B. Djwan.

“The souvenirs I make and sell come from turtle shells I find. We are not killing any turtles,” an informant from southern Bali said.
“Early this year after storms from the west, a dead turtle was found, so we took the shell to make souvenirs. It seemed a pity not to use it for art and crafts, but we have decided from the end of this year we will no longer make souvenirs from tortoiseshell.”

Tortoiseshell products were outlawed in 1973 under the Convention on International Trade in Endangered Species.

Tortoiseshell, like elephant ivory, is an illegal product because it comes from species on the brink of extinction, the critically endangered sea turtles. There are seven species of sea turtle in the world, and Indonesia offers these centenarian reptiles a perfect breeding ground.

At least, it did in the past.

A land reclamation project on the original Turtle Island, Serangan, destroyed critical egg-laying habitat for turtles. At the same time it broke a fish breeding cycle of shallow-water hatcheries that local fishermen depended on for the sustainability of their fisheries.

Further south, the rapacious appetite of tourism and its infrastructure has driven local communities into the turtle zoo industry. Traditional local livelihoods of fishing and farming have been lost to the spread of high-rise hotels and holiday villas, leaving locals with little choice but to exploit one of their few remaining resources, the sea turtles.

Egg-laying beaches are no longer viable because hotels burn night-lights that prevent turtles from laying. To lay their eggs, turtles need dark, quiet beaches, free from human disturbance and predators such as dogs.

“Turtles are very light-sensitive. The advent of hotels on the beaches, their lights blazing across the sea, has so confused these animals that their breeding has become seriously disrupted,” said Wayan Dedi, an employee at Serangan’s Turtle Conservation and Education Center (TCEC).

Things seem to be working well in Serangan, the birthplace of many turtles before reclamation. TCEC, established in 2001 and supported by the World Wildlife Fund and the local community, is, Dedi said, an excellent example of how a community can develop a realistic environment and show it to children, such as the school groups who regularly visit the center.

The center is currently home to just a few turtles, as most have been released into the wild. A couple of eight-year-old green turtles are holidaying at TCEC; they are evidence in an illegal turtle capture trial due to begin soon. Two green turtles are recuperating at TCEC, one from a wound inflicted by a careless spearfisherman, the other from a fishhook to the neck.

Also recuperating at Serangan is a one-year-old hawksbill who swallowed a belly full of plastic and owes her life to the veterinary team at Udayana University’s Bali campus. Another resident of the TCEC is the much-loved Lola, a hawksbill turtle with a severely damaged shell. Lola has lived at TCEC for the past five years and, given her disability, will remain there for the next hundred years or so.

There is no handling of turtles at TCEC, where they are
recognized as wild animals rather than as photo ops.

“Our bosses are the turtles. That means we need to do a lot to save the turtles, not just from slaughter, but also from plastic, unfriendly visitors, spearfishing, fishhooks and loss of egg-laying habitat,” said TCEC’s assistant manager, Wayan Sukara.

Not far from TCEC is Turtle Island, which provides a different turtle experience. It has similar pens, but different rules. Here the turtles are handled and star in home movies and holiday snaps for the thousands of tourists who flock to the much-publicized turtle zoos run by six different local community groups. There are attempts at education, but these fall far short of the mark.

However, the local communities, poor as the wet sand of decimated mangrove forests, are trying their best within their limited understanding of animal welfare.

In a kind of suicidal naivety, locals tell visitors to the turtle zoos they are welcome to handle these animals. Handling of any protected species is outlawed in Indonesia.

According to a volunteer working at the zoos, there are plans to increase the turtle conservation value of the zoos, which are licensed and checked monthly by the Bali Natural Resources Conservation Center. The zoo hopes to have more land set aside as breeding grounds where turtles can lay their eggs undisturbed.