The Fasting Month of Ramadhan 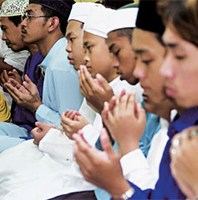 In just under a week’s time the holy fasting month of Ramadhan begins in Indonesia. This month precedes the Idul Fitri celebration that marks the end of the fasting month and is an exciting time to be in Indonesia for the culinary delights available on the streets and the gaiety of it all. But first, Muslims must participate in the fast and this includes children albeit allowances are made by some families. During the month of Ramadhan, Muslims fast from dawn to sunset every day and in addition to fasting, Muslims are encouraged to read the entire Qur’an. The Islamic religious observance that takes place during the ninth month of the Islamic calendar, is believed to be the month in which the Qur’an began to be revealed to the Prophet Mohammed. For Muslims this is a time for inner reflection, devotion to God and self-control. In the Islamic month of fasting Muslims don’t eat or drink anything from sunrise ’till sunset. This also includes abstaining from sexual activity, smoking, partying and any other form of entertainment.

Unfortunately, and by some weird phenomena of economics, the prices of staple foods magically seem to increase. This is already happening in Java and West Sumatra according to reports. There was one article I read today that I found surprising and that is the Batam municipality is allowing nightspots to operate during most of Ramadan. That is sure to fire the ire of the Indonesian Ulema Council (MUI)’s who would prefer to close them down during the fasting month and rightly so.