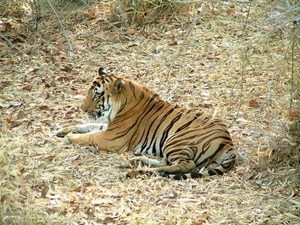 The population of the Sumatran Tiger (Phantera Tigris Sumaterae) in the Kerinci Seblat National Park (TNKS) has continued to decline, a foreign nature conservation worker said. The tiger population in the park now was only 136, down from 150 spotted in 2007, coordinator for Sumatra of Flora Fauna International (FFI), Debby Martin, said in a report on the results of her research. Hunting and land clearing had become the main threat to the rare animals population. The research was conducted by FFI in coordination with the TNKS administration and some universities in a Sumatran Tigers` Monitoring (MHS) project. The research had also shown that conflicts between humans and tigers which ended in the tigers` death had also reduced the population of the endemic species. Based on our last research, the current tiger population is not more than 136 or some 25 percent of the total number of existing Sumatran tigers. Land clearing and conflicts will become the main threat after hunting has been stopped.