There are some stunning and interesting places in Sumatra and none more so than Pekanbaru in the Riau Islands. It is the capital city of the Riau province and has an estimated population of around 800,000 people. Pekanbaru was once a small city port located on the Siak River and now, it is a bustling trade centre with its proximity to Singapore and Malaysia. The city is divided into two by this magnificent river with the shops, hotels and banks located on the north side and on the south, most of the government buildings and offices. It is here you will also find the main bus terminal. Because Pekanbaru is a major gateway into Indonesia from Singapore, the city has become a favourite stop for travellers go further inland in Sumatra and of course the rest of Indonesia. Pekanbaru is one of the cleanest big cities in Indonesia and noted for its wide streets, which are in the city’s main centre. The city is connected by road to an oil refining and exporting port at Dumai and there are numerous facilities including an airport, three stadiums and a swimming pool. 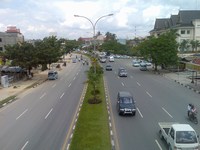 Pekanbaru is becoming known as a centre of Malay culture mainly because of its proximity to that country and the Malay cultural influence can be seen in its architecture, culture and festivals as well as food. The city also has some outstanding attractions and my favourite being the An-Nur Mosque. The city boasts numerous traditional markets like those of Pasar Bawah and Pasar Tengeh in the port area and here you will find Chinese goods, including ceramics and carpets. The other excellent market is that of Pasar Pusat and is a food-lovers destination. At this market you can also purchase household-goods. Here are just a few more places that are of interest in the beautiful city of Pekanbaru:

In the city there are numerous types of accommodation to suit all budgets. Getting around is not a problem as the best way is by foot. However, there is the odd taxi and bemo but by far to see the city at its best then I would recommend walking. Besides, it’s good for your health. 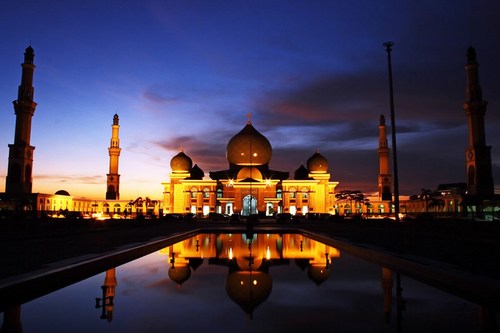