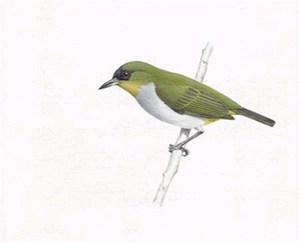 We are always hearing about the plight of endangered species on this planet but at last there is good news of a new bird species being discovered. Ornithologists and tweakers, nature lovers and us travellers of course, are licking their lips about this new discovery. Apparently a small greenish bird that has been playing hide-and-seek with ornithologists on a remote Indonesian island since 1996 was declared a newly discovered species on Friday and promptly recommended for endangered lists. The new species is called the Togian white-eye, or Zosterops somadikartai. It was first spotted by Mochamad Indrawan of the University of Indonesia and his colleague Sunarto, who like many Indonesians uses one name. They have observed the species in the field from 1997 to 2003. One can only hope that farmers and illegal loggers don’t destroy its habitat.