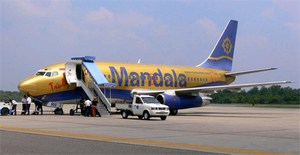 New Airbus airplanes will help Mandala Airlines reach its goal of carrying 25 percent more passengers this year. Mandala Airlines head Diono Nurjadin said from 2009 the airline would operate with only two types of Airbus — the A-320, capable of carrying 180 passengers, and the A-319, capable of carrying 144 passengers. The “new generation” airplanes are expected to improve airline efficiency. The airline has switched from using the Boeing 737-200, which served the airline for 25 years. The number of low-cost flights in the Asia-Pacific region has jumped from 3,900 in 2001 to 60,000 in 2007, according to the international flight information company OAG. Mandala is currently undergoing an operational safety audit to receive certification by the International Air Transport Association.