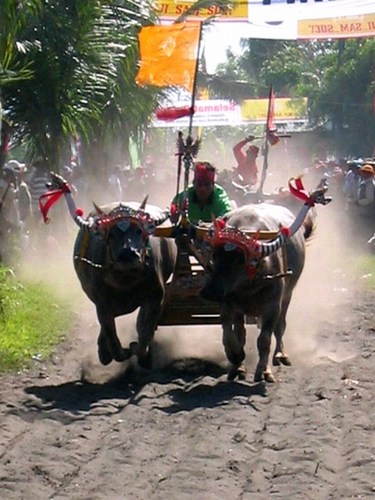 A very popular sport and spectacle, the bull races are held regularly at least twice a month during September through to October and generally start at 9am in the towns of Bangkalan, Sampang and Pameksan.

Madura Island is about a half hour ferry ride from Surabaya. Bull racing is enthralling and especially the annual races for the island championships which are usually held by the local administration after the harvest time in September or October. The finals are held in Pameksan.