Is Bali Being Saturated? 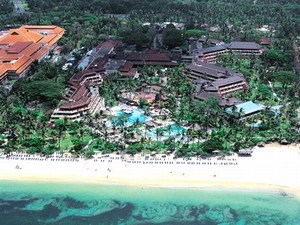 Indonesia’s former Minister of Tourism, Gde Ardika, is quoted by Tempo Interaktif as saying that Bali’s tourism product has reached it saturation point due to a lack of variety in tourism objects and the way in which the island is currently managed. Speaking as a workshop of tourism attraction management sponsored by the Bali Tourism Authority Ardika said: “Every tourism object has a life cycle. Without creativity, that cycle will quickly come to an end.” This condition, he warned, represents a challenge to all members of the island’s tourism industry.

The respected expert on tourism issues went on to say the Bali is suffering due to over-development as evidenced in the current building boom, the marginalization of tourist objects, and the all pervasive intrusion of strip malls (ruko). Ardika bemoaned that it is becoming increasingly difficult for tourists to enjoy Bali’s beauty with banners and advertising destroying the natural panoramas along major roads, Because of this, he said it was high time for a serious review of Bali’s tourism and commercial interests to be undertaken to find ways to align forces for a sustainable approach to culture and tourism according to the article in Bali Discovery.

The Chief of the Bali Tourism Authority, Gde Nurjaya, responded to Ardika’s comments saying that while he understood the concerns being expressed, he felt the negative effects of over-development are not widely felt at the grass root level in Bali.