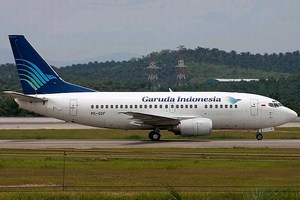 The Indonesian consulate general in Sydney and national flag carrier Garuda Indonesia will jointly organize a tourism promotion event called “Discover Indonesia” for Australian tourism operators and mass media. Intended to support the Visit Indonesia 2008 program, the promotional event would be held for two weeks starting late July 2008. Representatives of 20 Australian travel bureaus and a number of newspaper and television reporters would be invited to take part in the program.
They would be given the opportunity to visit and see some of Indonesia`s eco-tourism potentials outside Bali, especially on Java, Sumatra, Kalimantan, Sulawesi and Papua islands. Garuda would among other things fly them to the Bunaken marine park in North Sulawesi, the centre for orangutan protection in Kalimantan, and Toba Lake in North Sumatra.

For 2008, Indonesia had set a target of attracting seven million foreign tourists and earning around US$6.7 billion in foreign exchange from them.