From Bali to Flores the Adventurous Way

“We live in a wonderful world that is full of beauty, charm and adventure. There is no end to the adventures we can have if only we seek them with our eyes open.” – Jawaharial Nehru 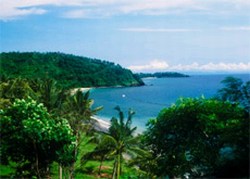 On my upcoming sojourn in the archipelago I will be travelling to the eastern islands starting from Bali and then island-hopping eastwards to the far eastern island of Flores. Quite a while back I did this trip and was immensely impressed with the individual island’s culture and its peoples. Of course I can expect some changes to have occurred, like the losmens I stayed in last time might not be there, the warungs where I enjoyed the tastes of the local delicacies could have closed down or the friends that I made, moved on to better things. Most of the eastern islands are relatively poor compared to those of the larger islands and that of the mass tourism island of Bali. Subsequently, any though of western comforts are soon dismissed and should be before you venture out on a journey like this. It’s not a journey your regular tourist to Indonesia does.

Travelling with an open-mind is the first and main requisite one should have as well as a willingness to interact with the locals as much as possible. Gone will be the air-conditioned vehicles so used to in places like Java and Sumatra and my plan is to utilise the public transport system as much as possible. Although in the beginning I will be flying from Bali to Ampenan Airport in Lombok, much preferring that mode of transport as compared to the high-speed boats that are on offer, it is from Lombok the adventure begins. Some of you might think that this is a ‘walk in the park’, but you haven’t travelled with me. Quite a few years back I took a couple of friends, who attested they were extremely adventurous, to the interior of Kalimantan and needless to say, I have never seen them again since their return to Australia.. Perhaps I was a little too adventurous!. Anyway, back to my upcoming sojourn. Of course I could fly between the islands but what fun is that. You can’t experience or see very much by doing this from up in the air. 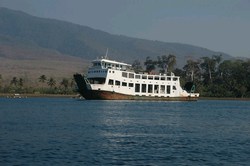 The eastern islands, for some unknown reason, do not attract the regular tourist as the other islands do and in fact the majority of westerners are travellers – those slinging a backpack seeking out new ventures and wonders – those folk who enjoy scuba diving, surfing, and of course those people who have a desire to explore. I myself embrace all the aforementioned apart from surfing as the days of me screaming through tubes died a slow lamented death in my youth. Staying overnight in Mataram, Lombok is the wise path to take and the following morning board one of the many through buses that travel to the far east of the island and the harbour of Labuhan Kayangan. Boarding one of the ferries that take around 90 minutes over to the island of Sumbawa and the port of Labuhan Tano is spectacular and can be un-easing in rough weather. These ferries are relatively safe even though first appearances can be a tad off-putting as their rusty hulls make no confidence in ocean travel a comfortable thought. If it is a stormy day then I will be sitting put until the better weather arrives mainly because I do not have a desire to dance on the water to avoid sharks!. I could continue on to Sumbawa Besar but once in Labuhan Tano finding a place to stay overnight would be the way to go, for me anyway, not for the feint-hearted. Then it will be a matter of catching one of the through buses direct to Sumbawa Besar, the capital of West Sumbawa. There is a variety of places to stay with prices to match the quality, so finding good digs for the a few days will be imperative. Then it will be a matter of hiring a motorbike and exploring the area and its antiquities. 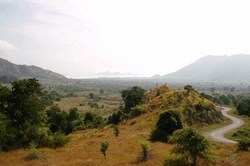 After a few days exploration it is then onto Dompu and Bima in the east of the island along the quite reasonably surfaced Dompu – Bima Highway. How long I will spend in both these places will depend on many factors mainly because I will want to get over to Komodo Island from the harbour at Sape. The ferry ride between these islands takes around eight hours and not a nice run if the weather is bad and seas rough. So it will be a matter of picking the right day. I could go straight to Labuhanbajo in Flores from Sape. Isn’t it nice to have a choice!. Ideally, a stay overnight on Komodo Island would be the way to go but it’s all a matter of time. The neighbouring island of Rinca is definitely on the list of places to visit but it would be a short stay as my main goal is Flores. The place on Flores I want to re-visit the most is Ende mainly for its culture and surrounding spectacular scenery. I tossed the idea around in my head for weeks as to what to do as far as transport and accommodation on the island of Flores is concerned but eventually came up with the idea of staying a few nights at Labuhanbajo and enjoying the great diving there and the beautiful beaches. 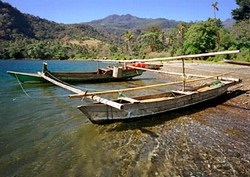 After that, it will be a matter of hiring a motorbike and taking a slow ride across Flores to Ende. My aim is to stay in Ende for at least a week before heading back to Sumbawa by ferry and then boarding a flight to Lombok for a bit of rest and relaxation. As if!. I will be too busy exploring the island of Lombok on a motorbike. This is going to be a magical journey.