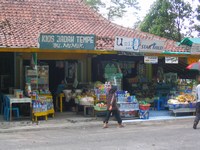 Indonesia is a vast archipelago with over 17,000 islands and rich not only in cultural treasures but also a country steeped in history. It is a country extending 5,120 kilometres from east to west and 1,760 kilometres from north to south and, it is the largest archipelago in the world straddling the Equator between the Indian Ocean and the Pacific Ocean. Amazingly, it has roughly 108,000 kilometres of beaches. The Indonesian climate is simple as it has no spring, summer, fall, or winter but only two seasons: rainy and dry. While there is significant regional variation, in most of the country the dry season is April to October, while the wet season is November to March. Put all that together with the varied plethora of bird and animal life then you have a fantastic place to visit, all year round.

Culture: There is not a unified Indonesian culture per say, however the Hindu culture of the former Majapahit Empire provided a framework for the cultural traditions of the central islands of Sumatra, Java and Bali. Resulting Islamic Kingdoms had a great influence on the development of the archipelago and it is culturally intertwined with the Malay culture on numerous islands. The dance, music, items such as batik cloth and kris daggers are all influenced strongly by Malay culture and especially in Sumatra. Each island has its own speciality in arts and crafts, dance and music and all are amazing.

People: I have travelled the world many times in my life and integrated with many peoples and cultures, but I can categorically state that I find the people of Indonesia to be the most hospitable and friendly of all global nations. You will find a variety of peoples because over the centuries there has been an influx of people from around the world and a lot from China, Malay, India, Arabia, and the list goes on. This has created a potpourri, a melting pot of cultures and languages, all coming together in harmony. Travel anywhere in the archipelago and you will find the ‘welcome’ will always be the same – a broad smile and an invitation to partake in their respective culture and way of life.

Food: Indonesian food is a vast variety of cuisines. All too often travellers seem to fall into a rut of eating nothing but nasi goreng (fried rice). How sad this is because there are much more interesting options like the local foods of each island, the specialties of a particular region. As flavours do tend to be rather simple, there are places such as Padang and Manado where the dishes are fiery. The main staple is rice (nasi) served up in many forms. I always used to laugh when I first visited Indonesia because I was told that Indonesians eat anything that walks or crawls, flies or swims. And, it’s true! The best way to delight in savouring Indonesian cuisine is to try everything. Sure, there will be some foods that make you feel like throwing up but on the other hand, there are many that are simply moorish.

Landscapes: You will find the most of the islands in the archipelago are mountainous and volcanic this being due to Indonesia’s location on the ‘Ring of Fire’. Subsequently you have massive valleys created, vast areas of lowlands, lush rainforest jungles, fast-flowing rivers, thousands of kilometres of coastline and high mountain ranges. All of these are a photographer’s utopia and the variety of subjects is bewildering. Each island, naturally, has its own collective panoramic beauty. For me to choose an island and say it is the best would not be doing justice to the beauty of the other islands. Needless to say, wherever you travel in Indonesia, each turn of the corner on a road, each mountain top reached or at the end of every river yields an amazing surprise.

Adventure: With so many islands to choose from, mountains and jungles abound offering a variety of adventures from rock-climbing to simply climbing a mountain. The jungle terrain offers excellent hiking opportunities and for those lovers of nature, bird-watching is pleasant in every island, large or small, as is observing the wildlife in any one of the numerous national parks. The many rivers offer tremendous opportunities for those who enjoy white-water rafting or kayaking and recently, sea-kayaking is a newly introduced sport in Indonesia. Skydiving is another great adventure sport you can enjoy and particularly on the island of Java. Then there is the sport of surfing. With thousands of pristine beach breaks and reef breaks throughout the archipelago its no wonder Indonesia is a mecca for surfers world wife. 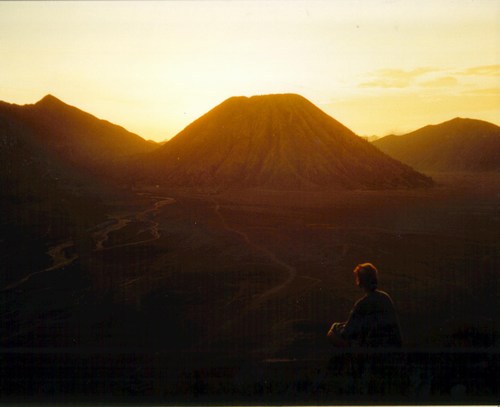