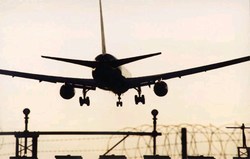 Indonesia will remain on the European Commission’s list of countries whose airlines are banned from entering the EU, the commission announced Friday. Joining Indonesia on the list, updated for the seventh time since it was first introduced in 2006, are Ukrainian airline Ukraine Cargo Airways and all operations by Congolese carrier Hewa Bora Airways. This is Indonesia’s third consecutive period on the list. A formal statement issued by the commission said Indonesian airline authorities had “still to demonstrate that they have completed the corrective actions” and the country’s flag carrier Garuda Indonesia had failed to adopt sufficient corrective measures.

“Pending both the demonstration and the completion of remedial action by Garuda and the other airlines it was decided that none of the Indonesian carriers can be withdrawn at this stage from the Community list,” the statement said. According to Andi Haswidi.

Indonesia was first included on the list in July last year after four deadly crashes, including one of a Garuda Boeing 737-400 in Yogyakarta on March 7, in which 21 passengers died and many others were injured.

The worst crash in Indonesia last year was that of an Adam Air Boeing 737-400 on Jan. 1. The airplane crashed in Majene waters, Central Sulawesi, killing all 102 passengers and crew. No bodies were found.

The European Commission’s statement said its Air Safety Committee, composed of experts from member states, had heard clarifications and explanations from Garuda before updating the list and would closely monitor the progress of the corrective action.

“The conclusion is clear: Those States or airlines which fail to act decisively to resolve their safety deficiencies will be placed on the list,” said Jacques Barrot, the European Commission’s vice president in charge of transport.

The list of banned carriers, effective Friday, includes carriers from Equatorial Guinea, Indonesia, the Kyrgyz Republic, Liberia, Sierra Leone, Swaziland and the Democratic Republic of Congo. Nine individual carriers’ operations are also fully banned in EU countries.
At the time of writing, neither the local airline authority nor Garuda had made a formal response.

In February, Transportation Minister Jusman Syafei Djamal hinted getting the ban lifted from Indonesia would be tough because it required consent from all 27 members of the EU.

The ban was evaluated from the beginning of the year until February, with airline safety experts from Europe coming to inspect conditions on the ground. The experts found the local airline authority and local airlines continued to fail to meet sufficient standards.

To address the matter, Jusman said he would take up the EU’s offer of sending a representative to facilitate better communication between local authorities and decision makers in the 27 states.

Since early last year, Garuda has been preparing to reinstate its long-haul Jakarta-Amsterdam route, which was terminated in 2004 because the airline was losing money at the time.

To support the route, Garuda has already signed an agreement with Boeing to buy 10 B777-300ER airplanes. The B777-300ER is a long-range, wide-body, twin-engine aircraft able to carry up to 368 passengers.