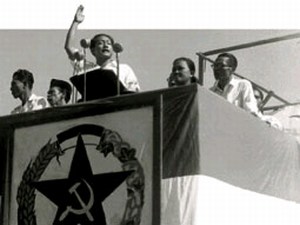 For the past 42 years he has been remembered with feelings of hatred, yet with astonishment. Dipa Nusantara Aidit was only 31 years old when he led the Indonesian Communist Party (PKI). He only needed a year or two to make the PKI one of the top four political parties in Indonesia. The PKI claimed 3.5 million supporters at that time, which would have made it the largest communist party in the world after the Soviet Union and the People’s Republic of China. Aidit dreamed of a revolution, envisioning a classless Indonesian society.