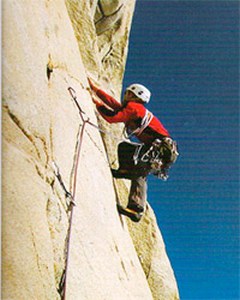 When I write ‘climbing mountains’, I don’t mean the likes of Everest or Mount Kinabalu, but rather those volcanoes, distinct or otherwise, located across the archipelago. Over the decades I have scaled quite a few. There are several matters you should take into consideration when the desire to do a Sir Edmund Hillary on any climb. First and foremost make sure you let somebody know the day you go out to climb and this applies to any major trek you take on in Indonesia. The simple reason being that if anything did go wrong on your sojourn then it will give the relative authorities an idea where to look for you. This is only common sense. In my opinion it is always advisable to use a local guide as they know the best ways up and down the mountain.

Importantly, take plenty of water. I generally carry (depending on the height of the mountain) four litres, sometimes six. Carrying some kind of nourishment like energy bars and fruit is also essential. You have to feed the body for energy!. Sensible clothing is also advised as is a hat to protect you from the sun’s ferocity. Decent footwear is also imperative because the terrain on the mountain can change dramatically. Lightweight clothing is the best but ensure you carry a lightweight jumper and rain jacket in your daypack. Many times I have found when descending the mountain later on in the evening, it is cold and depending on the part of Indonesia and season, it more often than not rains. The same applies to ascending. This brings me to an important point – NEVER start your climb late. Always start before daybreak or earlier if possible to avoid the increasing heat of the day.

Most importantly, take your time ascending and have short breaks to take in the panorama and give the body a rest. So many times I have seen climbers rush to the caldera only to be totally wiped and dead tired. The mountain isn’t going anywhere!. And, when you are thirsty, drink. Thirst is the first sign of oncoming dehydration. It is IMPERATIVE you carry some kind of first aid kit. Accidents occur and nobody is immune to these. Last but not least, ENJOY YOUR CLIMB!.

Here’s an interesting article from Bali Discovery about a group of Indonesians planning to climb7 mountains on 7 continents:

Indonesia’s Department of Culture and Tourism has joined forced with the Indonesian Federation of Mountaineering (FMI) to mount a national expedition to climb 7 of the world’s largest mountain tops between March 2008 and September 2009.

The ambitious program, intended to help celebrate Visit Indonesia Year 2008 (VIY2008), was announced to the press at a joint meeting of the FMI and the Tourism Department held in March in Jakarta. The Chairman of the FMI, Jody Alexander, said the Indonesian climbers would bring honor to the Nation while at the same time supporting the VIY 2008 initiative.

Alexander told the press that the purpose of the The Indonesian Seven Summit Expedition was not to set any world records, but to promote Indonesian tourism to the world and help mark the 100 years celebration of the National Day of Awakening on May 20, 2008 – the anniversary of the founding the Boedi Oetomo movement. The massive undertaking of climbing 7 mountains on 7 continents will see the Indonesian climbers spend 219 days on the slopes, a period in excess of the world record of completing the 7 mountain climb in 5 months held by an Indian climbing team.

The FMI expedition will include only 5 team members, comprised of 2 climbers and 3 minders who will only follow the climbers only as far as the base camp at the foot of each of the 7 mountains.

According to Alexander, the small size of the expedition team is a function of the high cost of mounting the effort. For example, Alexander explained that the cost of climbing Kilimanjaro will consume between US$3,000 and US$5,000 per person. To complete the expedition to conquer seven mountains the total costs at will therefore range between US$105,000 to US$175,000.

According to one of the climbers joining the expedition, the Indonesian group will climb Mount Cho Oyu in the Himalayas (8,201 meters – 41 days) as a warm-up to acclimate the climbers before tackling Mt. Everest.