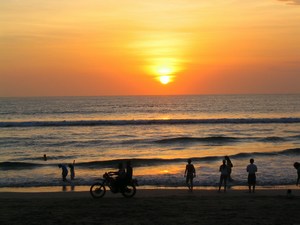 Western Australian’s are being urged to take precautions against mosquitoes when travelling to Bali following a sharp outbreak of Dengue fever among travellers returning from the popular holiday island. Acting Director of Communicable Disease Control Dr Gary Dowse said 54 WA travellers contracted the disease last year, three to four times the usual number. The trend has continued in 2008 with a further 16 cases reported in January. Almost 60 per cent of cases reported between January 2007 and February 2008 were associated with travel to Indonesia, with 76 per cent of these being infected in Bali. Smaller numbers of cases were reported among people who travelled to Thailand, Singapore, India, Vietnam, the Phillipines and other South East Asian countries. Dengue fever is an acute mosquito-borne viral infection that can occur 3-14 days after being bitten.

Dr Dowse said while most people recovered completely from the illness, there was a risk of developing a rare but potentially fatal form of the disease known as Dengue haemorrhagic fever.

People travelling to affected areas should take precautions to avoid being bitten by mosquitoes including:

– Ensuring accommodation is mosquito proof. Use mosquito nets if available

– Using personal repellents containing diethyl toluamide or picaridin. The most effective and long-lasting formulations are lotions or gels. Some natural or organic repellents may provide a measure of protection.

– Ensuring infants and children are adequately protected against mosquito bites, preferably with suitable clothing, bed nets or other forms of insect screening. Only infant strength repellents should be used on children.