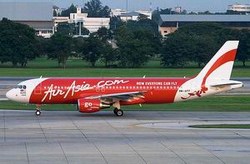 AirAsia has reported that it has officially launched its new service between Jakarta, Indonesia and Kuching, Malaysia. The new service is expected to operate three times a week. AirAsia has also announced that it will also introduce daily flights to Macau and Penang, starting May 15, 2008 according to Datamonitor. Dato Tony Fernandes, group CEO of AirAsia Berhad, said: “AirAsia has helped to bring Kuching closer to other parts of the region by opening more entry points for foreign visitors to get into Sarawak. Thus the inclusion of its international network to Jakarta from our Kuching hub will not only allow greater connectivity between.”