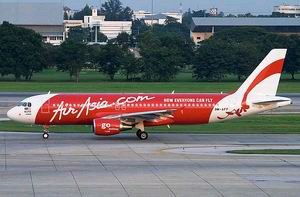 Low-cost carrier AirAsia has introduced a checked baggage handing fee for all AirAsia flights from April 21 onwards as part of the company’s strategy to keep the airline’s basic fares low, which is its main priority. AirAsia said in a statement in Kuala Lumpur recently that there would be a charge per piece of checked baggage up to a maximum combined weight of 15 kg. “Anything over 15kg will be charged as excess in addition to the per piece checked baggage fee,” the company said. Passengers should pre-book their checked baggage to save costs and time at check-in.discount will be given for checked baggage booked more than four hours prior to departure,” it said. AirAsia said that passengers should be given the option to choose the services they require and pay only for those services.

“Now, each guest will pay only for the bags they wish to travel with, enabling us to keep our basic fares low for it said.